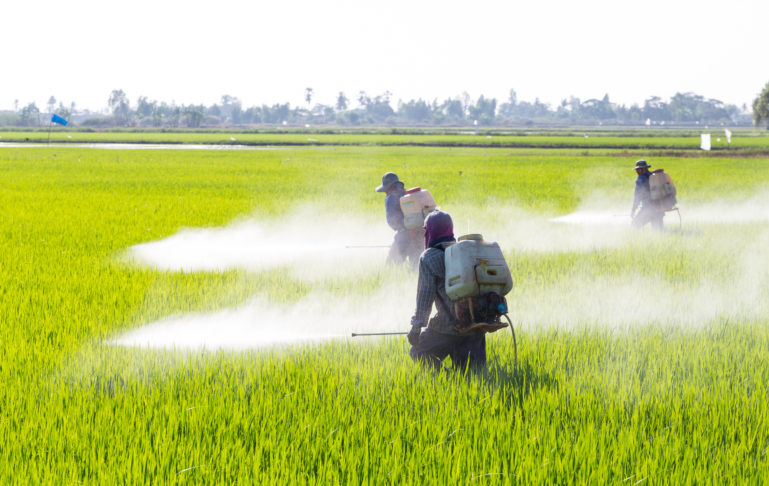 Paraquat Dichloride is popularly known as Paraquat. Despite being a chemical agent, Paraquat finds an extensive use as an herbicide. Though its production started more than a century ago, the product became more popular only in the mid-20th century. The herbicide is now applied on more than 100 different kinds of crops.

The American Council on Science and Health has studied on relative toxicity of Paraquat and glyphosate, with both being used as herbicide agents. The finding suggests that relative toxicity varies on a wider scale from 33-250. A dose of 2.5 grams is considered fatal for the average persons. Toxicity rises to a more dangerous level if it is inhaled, which is very much possible if an individual is exposed to Paraquat. It deserves a mention in this context that Paraquat has been a very popular agent for ages when it comes to committing suicide. This is because, the chemical is so much powerful that a single sip is enough to kill a person.

Syngenta, the pharmaceutical company, has insisted that they made their level best to gather data from the FAME Study in order to have a complete hang of the study as much as possible in their pursuit of scientific objectivity. However, those associated with the FAME Study called the manufacturer’s analysis completely inappropriate and baseless.

Paraquat– A Banned Chemical across the Globe

Paraquat has already been banned in 32 countries. An interesting fact is the product was banned in Switzerland in 1989. The herbicide has already made it to the list of the banned substances in the UK and throughout the EU since 2013. However, it’s a paradox that the company’s largest manufacturing facility is seated in Northern England though most of the produces are exported to the USA.

What are Paraquat Lawsuits?

If anyone has developed Parkinson’s Disease after being exposed to Paraquat, he or she is entitled to file a lawsuit against the manufacturer, Syngenta, by alleging the Swiss Company of not informing the potential users about the serious risk factors. Obviously, an individual is less likely to suffer Parkinson’s after using the product for a fortnight or even a couple of months. The plaintiff must establish that he or she was diagnosed with Parkinson’s Disease only after using the chemical for a long length of time.

The lawsuits are filed to seek compensation for the damages the plaintiffs have suffered due to the manufacturer’s negligence to issue warning about the potential risk factors from the chemical usage.

The advantages of BPM Software for your COE

Thu Oct 29 , 2020
Business process management is about connectivity. Whether individuals connections are between employees, computers, applications, or employees and customers, they’re vital. BPM software provides automation for the treating of these connections helping ensure proper integration, monitoring, and knowledge aggregation. BPM is really a constantly evolving term which has arrived at mean […]